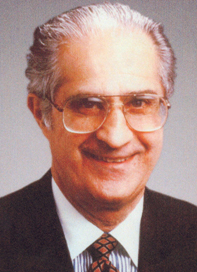 Dr. Anthony R. Volpe has over five decades of experience in clinical dental research, preventive dentistry and dental scientific affairs with more than 250 scientific publications and presentations worldwide as well as several patents in dental science from the United States government.

Dr. Volpe was Vice President of Clinical Dental Research and Scientific Affairs at the Colgate-Palmolive Technology Center in Piscataway, New Jersey, USA.
He has been a Clinical Professor of Pharmacology at the Fairleigh-Dickinson University School of Dentistry and currently is a Clinical Professor of Periodontics at the University of Medicine and Dentistry New Jersey Dental School. As a staff member at St. Peter’s Medical Center in New Brunswick, New Jersey he has practiced general dentistry in New Jersey.