Once a Buckeye, Always a Buckeye 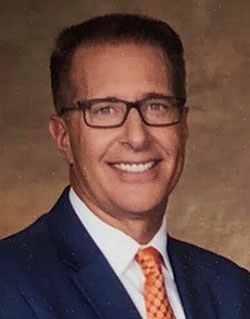 It has been a number of years since College of Dentistry alumnus Richard Nagy, ’86 DDS, made his way from the Buckeye State to the Golden State; but he still thinks fondly of the friendly people, midwestern values, and beautiful fall weather he experienced growing up in Cleveland, Ohio.

Eager to learn how dentistry was done around the country, Dr. Nagy left Ohio after earning his DDS degree at Ohio State. After stops at the University of Florida to complete his general practice residency and the Greater Los Angeles VA Medical Center, he went on to the University of California, Los Angeles-affiliate to complete his periodontics training. He eventually opened a periodontics practice in Santa Barbara, California. Now, Dr. Nagy is president of the largest dental association in the country, the California Dental Association (CDA).

“I keep telling everyone, you don’t know about Ohio State! They have an outstanding, well-rounded program where, beyond dental skills, they teach you to treat patients ethically and with kindness. That’s what I learned at the College of Dentistry.” — Richard Nagy ‛86 DDS

Having been installed as president of the 28,000-member CDA on November 15, Dr. Nagy is looking forward to building on the Association’s strategic planning and making sure they are “living it and on track.” He is also, among other things, committed to ensuring the Association’s for-profit enterprises—such as their Practice Support Center that provides resources to help members managing the business side of dentistry, The Dentists Supply Company (TDSC), and The Dentist Insurance Company (TDIC)—are meeting the needs of members.

Despite his busy schedule, Dr. Nagy still finds time to stay connected to the College of Dentistry. “I came to my 30th reunion in 2016 and I had a blast. I sat next to Emeritus Associate Professor Lou Claman at the game against Rutgers. It was fun to reconnect with classmates and to hear about the plans for the new building.”

And despite the prominent role he plays in dentistry in his adopted state, Dr. Nagy is still, at heart, a Buckeye. “We have six dental schools in California and everyone likes to say ‘I go to the best dental school.’ I keep telling everyone, you don’t know about Ohio State! They have an outstanding, well-rounded program where, beyond dental skills, they teach you to treat patients ethically and with kindness. That’s what I learned at the College of Dentistry.”